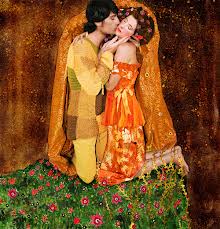 When Trying To Have A Relationship Gets In The Way Of Relating.

Are you trying too hard?

So many women struggle with this issue.

“If I act demanding I’ll chase him away before things really have a chance to gel. But if I let him get away with treating me badly, he won’t respect me.”

When you put up with being treated badly, you end up lowering your sense of self-worth, which only builds a wall that is even harder for the right man to scale.

So are you to resign yourself to believing all men jerks or is the specter of self-doubt merely having her day?

Let’s take a closer look at what is really happening.

Ally feels shame when she recalls out loud how she is being treated. She confesses “I know I shouldn’t take this from him” but then she does it all over again. And why? Because she carries an unconscious assumption that she must make up for her inherent unworthiness.

Demanding a man treat you a certain way is the flip side of that same coin.

It is insecurity disguised as strength.

When you move to manipulate another person you have stopped relating to them in an authentic way.

In fact, doing so means you are taking your agenda and superimposing it on the other person.

Instead, you are just looking for signs that your manipulation is working.

“What do you think?” said Susan from the therapy couch, her eyes searching, eager to be reassured. “He said he was feeling really close to me and that he would call. I didn’t answer his text until this afternoon, you know, not to appear too eager. Do you think I should have texted him right away or is it ok that I waited?”

What I didn’t hear is Susan trying to find out who this guy is?

What makes him tick? Why does he get up in the morning? What fills and breaks his heart? What does he regard as the successes and failures in his life? Susan wasn’t learning the answers to these questions, either.

Because Susan, like so many women, is missing the point that it is her insecurity that is driving the interaction.

In fact, it is hijacking the interaction.

The truth is that men, like women, come in all varieties with emotional histories that are as varied as a box of chocolates. Some are more interpersonally capable than others.

Truth is, just as you give clues to who you really are, men do the same. In fact, they always are, but only if you are taking the time to really listen. And pushing your agenda is not just not listening; it is also pushing him away.

What happens when you act out of insecurity.

When you feel insecure, you stop gathering the important information that you need in order to decide whether or not to invest any more in the relationship.

This is perhaps the biggest mistake of insecurity, the tendency to listen less.

When all of your real questions about him are put on hold and you start putting your energy into provoking him to act in ways that decrease your anxiety he feels controlled.

When you are off to the races in fantasyland making Pinterest wedding boards he can feel that.

You have left him energetically.

None of what you are putting out there has anything to do with him. That’s right, he doesn’t feel seen or heard. And why? Because he feels on a deep level that it is the relationship you want, not him.

What you can do instead.

So you see, coming from the place of Feminine power has nothing to do the grabby, manipulative anxious energy women exhibit when they are feeling desperate for a relationship.

It is possible to want something with your whole heart: To surrender to that wish, that desire and let it open you instead of making you more fear based and cynical.

It is possible.  Not easy, but possible.

If it is time, let’s talk. I can show you the way.

“I want you to know that the insight that you helped me gain has been literally life-changing. The understanding I now have of my motivations, drivers, repressed anger, and the implications of my somewhat messy family dynamics has helped me more than anything I’ve learned in my adult life. I sincerely mean that. My depression hasn’t returned, and I think I understand why.”